Allotments Continue To Be Sold Off For Development

Concerns are growing, as allotments become increasingly rare, that the government is not doing enough to prevent allotments being developed.

Despite government pledges to protect the plots, allotments are being sold in order to develop the land they're occupying. This has the effect of increasing the price of remaining allotments, and decreasing the ability of certain demographics to remain self-sufficient.

In a world of agribusiness and industrialised farming, it seems as though the use of allotments is considered insufficiently efficient as a use of space, especially with growing housing problems and a precarious economic situation.

The Argument For Allotments… 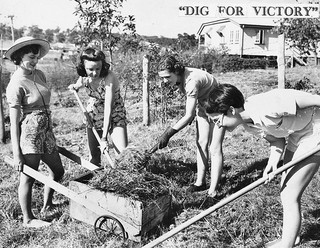 The most common reaction so far seems to have been negative, as people really do enjoy their allotments – they're a splash of life in many cities that sorely need it.

This is probably the most important point – allotments are pretty, and have cultural significance. This value is often dismissed in city planning, but brutalist utilitarian architecture has shown us that ignoring aesthetics will often lead to unhappy and disruptive tenants. Allotments are necessary in some amount – the question is in what amount.

Allotments also have a huge appeal to a particular demographic, who are able to afford the allotment rent and often like the idea of self-sufficiency. Self-sufficiency offers an enticing route away from the troubles and complexities of modern capitalism, even if it's only illusory, and easily-visible results.

They also appeal to the idea that we need a well-maintained core of workable land that people can resort to in times of calamity or limited food supply.

…And Arguments Against Allotments

Firstly, only two percent of the national total have actually been destroyed.

In addition, allotments are perceived as being in high demand, but despite a precipitous fall in their supply many allotments are vacant or only have very short waiting lists. Some allotment advocates claim this is because of wider societal problems that prevent the elderly from feeling able to work their allotments safely. However, without demand it is difficult to justify their existence.

Their existence is especially under threat in deprived areas, where space for housing and small businesses to grow in is sorely needed. In this case, maintaining land for the purposes of allotments when they're unwanted and untended makes no sense at all, and could do serious damage.

Finally, the price of food has fallen so far that working allotments seems to make little sense (except, as already noted, in the case of a collapse in industrialised farming).

So What's The Conclusion?

Allotments are important in many areas for maintaining a sense of community, and preserving a tie to the land which enables people to work directly for themselves.

However, the current government has only overseen a fall of two percent in the number of allotments. Given the overall trends and the fact that regulations need to be met to repurpose allotments in the first place, this hardly seems significant.

But what do you think? Get in touch with us on Twitter under the username @planning_lawyer!