Planning Law In The Infrastructure Act 2015

The Infrastructure Act became law on 12th February 2015, and brought with it a large number of changes for planning law.

Planning solicitors should pay close attention to this act, as it is likely to necessitate significant changes to current planning processes and procedures.

This article outlines some of the parts of the act that are relevant to planning law. 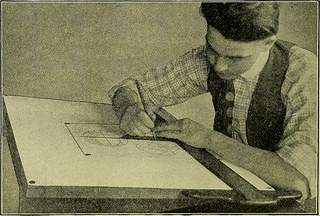 Changes To Planning Law Around Fracking And Shale Gas Reserves

Changes to the planning law around fracking will always be controversial. With the Infrastructure Act, there will be changes that seek to ease pressure from environmental groups while accommodating industry demands.

Importantly, a ban has been introduced on fracking in national parks and Areas of Outstanding Natural Beauty. This is not as clear-cut as it first appears, though.

Already there have been claims that the Act has been compromised in this respect from environmental pressure groups, with activists claiming that the definition of fracking within the Act will not cover the majority of fracking activity, making it useless for regulating the industry.

The Act has also confirmed the right to use "deep-level land" (land three hundred metres or more below the surface) in order to exploit petroleum or geothermal energy. This right specifically mentions "drilling, boring, fracturing or otherwise altering deep-level land", emphasis ours.

An Order for Development Consent or DCO is an important tool for building a coherent national infrastructure, but can be controversial due to the ability that comes along with a DCO for compulsory purchase of land.

Compulsory purchase orders are intricately bound up with DCOs, and a common problem for our clients to face.

Allowing two person panels for DCOs will make them (and consequently, major national infrastructure projects) easier to move through the approval process. This could result in more compulsory purchase orders in the coming months and years.

In plainer language, when a developer wants to renegotiate an agreement with a local authority, the government might be able to step in if it thinks the local authority is dragging its feet.

There are certain situations where planning conditions cannot be deemed to be discharged, which mostly relate to environmental matters, safety matters, and matters of national interest.

This affects the steps building owners need to take in order to lower their carbon emission output.

Effectively, where building regulations say carbon emissions are too high, building owners can make arrangements to offset these emissions that aren't related to the building itself.

Removal Of Legalese And Redundant Language

Thankfully, large swathes of the act involve the removal of instances of needlessly vague language and repetitive language.

While this does not affect policy directly, it makes planning law more accessible to the ordinary person, meaning it's less likely that people will make costly mistakes caused by confusing wording of the law.

Surplus, unused land that is in the public sector land is to be moved from a particular body to the HCA or GLA.

The transfer is presumably intended to aid the general drive towards development of unused and brownfield sites.

There are few surprises in this act in terms of the overall direction of planning law, and of course much of the bill has been well-known and expected for nearly a year. Infrastructure for green travel is set to improve, restrictions on development are set to relax, and the legal situation of fracking has been at least somewhat clarified.

Planning policy under this government has been extremely consistent and directed, as well as being developer-friendly.

What do you think of the general trends of planning law? Or about the Infrastructure Act 2015 in particular? Let us know on Twitter, @planning_lawyer, we'd love to hear your thoughts.

The materials appearing on this website do not constitute legal advice and are provided for general information purposes only. No warranty, whether express or implied is given in relation to such materials. We shall not be liable for any technical, editorial, typographical or other errors or omissions within the information provided on this website, nor shall we be responsible for the content of any web images or information linked to this website. Viewing this website, or contacting us does not constitute a solicitor client relationship between you and this firm.