So what are these changes? 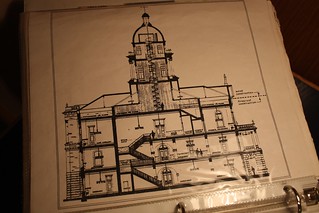 The main reason for these changes is to make Neighbourhood Plans faster and smoother to apply for and more likely to get approved. For more about neighbourhood plans, check out the government's own website.

Another area set to change is the General Permitted Development Order, relating primarily to change of use.

Many changes have already been made to what is permitted by the GPDO for change of use, but the new changes will allow:

Sui generis use cases to change to restaurants or leisure use

Light industrial, warehouse, storage and sui generis use cases to change to residential use.

Some changes which were previously temporary will also now be made permanent, rather than only lasting until 2016. The right to build larger extensions will also be extended past 2016.

Shop-owners will soon be allowed to make alterations to their premises, along with other minor changes to what you are automatically permitted to do to commercial properties, mostly revolving around utilities and renewable energy. Further, extra extensions may now be added to houses and the premises of businesses.

Meanwhile, in a move that may be aimed at limiting their proliferation, betting shops and pay-day loan shops will become sui generis use cases, where before they were A2 use cases. This means that a change of use to either of these purposes will soon require planning permission.

Increasing floor space size within retail premises that do not serve food by more than two hundred square meters will count as development and require planning permission.

Changes To Changes Of Use

We talk about permitted development elsewhere, but the changes in the last few years have been genuinely far-reaching.

New change of use permitted development rights were included on 30th May 2013, covering everything from shops to skating rinks, and again on 6th April 2014.

The changes are in line with the government's overall aim of increasing the ease with which landlords can make certain changes to their properties.

What Will The Government Do Next? What Should They Do Next?

There have already been calls from some for more sweeping reform of planning law, going far beyond the consolidation and simplification that has been going on so far. This faction has been at least partly satisfied by many of the proposed changes in this round of alterations.

On the other hand, there are some who think that  consolidation and simplification goes far enough, and further changes are unnecessary.

What do you think? Get in touch on Twitter at @planning_lawyer.