The two lounges were in violation of planning laws, but more importantly ignored demands made in the form of enforcement notices and even official police visits.

This is what led to the drastic steps taken. If the brothers involved had attempted to meet the terms of the enforcement notices, it may have been the case that they two lounges would have been able to continue to operate in some form. 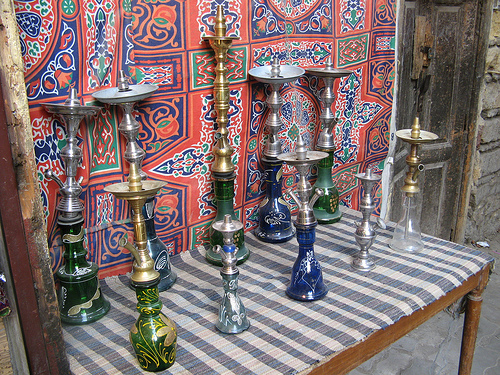 What Should I Take Into Account Before Opening A Shisha Lounge?

A shisha or hookah lounge can still operate, but due to stringent anti-smoking regulations you must not allow smoking within an enclosed or substantially-enclosed area.

A substantially enclosed area is any area with a roof or shelter and more than fifty percent of the area taken up by walls. This is an informal description to make the situation easier to understand – you should note that doors, windows, and walls that are less than a certain distance away from the roof or shelter will be counted as if they were walls.

In addition, shisha lounges face many of the issues of other meeting places – noises and smells caused by customers and by smoke can amount to statutory nuisances, and get your establishment into trouble.

Other planning regulations of particular relevance to shisha lounges include fire and gas safety, which are often much more important for shisha lounges due to the frequent fire hazards.

What Went Wrong In Newham?

In Newham specifically, the brothers who built them allegedly failed to take even the initial step of appealing for planning permission. Had they taken this step, it may have been the case that permission would have been granted.

All in all, this case was unusual. In most cases, if you present your planning permission correctly then your shisha lounge should go ahead just fine. You simply need the help of someone experienced in the area.

Shisha Lounges In Kent And London

If you're intending to build a shisha lounge in Kent or London, consider asking us for some free no-obligation advice before going ahead. If it seems like a good idea, we might be able to work together to get the result you need.