The developers of two wind turbines at New Rides Farm, near the Elmley Nature Reserve on the Isle of Sheppey, have pledged to source at least 60% of their construction contracts from Kent, according to Kent Online.

The developers say that their commitment represents as much as £2.2 million worth of investment into Kent, and is very achievable due to a wealth of contracting talent in the region. 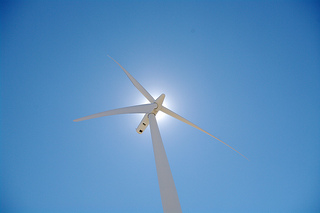 The main question, then, is whether the turbines are far enough from specially protected areas for wildlife and especially bird life to make the project viable. While Airvolution Energy believe this to be the case, opposition will still come from pressure groups keen to protect their own interests.

Large scale planning projects often run into opposition from niche interest groups. It's at this point that public relations campaigns can supplement the work of a talented planning lawyer to reduce levels of public opposition to the plan and even encourage members of the public to speak out in the project's favour.

Airvolution Energy seem to have really gone on a charm offensive for this project, it could prove to be a winning strategy for them!

There are many other wind turbine developments that have proven to be interesting from a planning law perspective.

Donald Trump's famous opposition to wind turbines being built within sight of his Scottish golf resort caused much controversy, and something of a glut for headline-writers with an eye for a pun.

Meanwhile, the Navitus Bay wind farm recently came under fire after it was alleged that the developer misled the public, even after revising and scaling down the size of the proposed farm. This highlights the importance of public opinion, and the difficulty involved in getting public opinion on your side – Airvolution Energy could have a tough task on their hands!

We've talked before about how important bats are, which explains why they're often protected by planning law. Bats, and birds, are also important concerns when it comes to planning wind turbines, as both birds and bats can fly into the rotors and die. This is probably the single most important concern for campaigners against wind turbines, making it vital that wind turbines are positioned far away from parks and habitats designed to foster and protect bats and birds.

Wind turbines can be visually striking and create some noise, but these concerns will be heavily dependent on location. Positioning wind farms far away from residential areas reduces the risk of objections on visual or aural grounds to essentially nothing.

The town of Lydd, near Romney Marsh, has attracted more than its fair share of planning controversies over the last few years. The Lydd airport runway and wind farm have both been met by opposition from local activist groups L.A.A.G. and S.O.M.B.R.E. respectively, and both groups have cited the proximity of the marshes as a key factor in their opposition.

Due to these prominent local issues, if you do decide to embark on a large scale development project in Lydd you may find that you run into planning law difficulties. You could find our guide to obtaining planning permission in Kent useful!

What is your opinion on wind turbines in general? Are you directly affected by the proposed wind farm on Romney Marsh? Let us know on Twitter, at @planning_lawyer.